Who is this Count person?

I am a husband and a dad above all else. 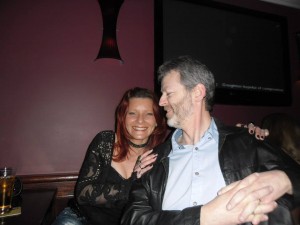 I am very much a geek. Did that read like a proud exclamation?… it seemed so to me. I am one of those people who love all things gadgety. How gadgety am I?… Well at the time of writing this via Windows 7 on my MacBook Pro (yeah… ) I have and use two laptops, an iPand Mini, a high-end Android smartphone, an LG Android Wear smartwatch and two desktops running a variety of Windows and Linux installations. How geeky am I?… Well, I’m one of those people that other people bring gadgets to when they stop running as well as they should and I usually manage to help. I do write some code and build websites mostly for small to medium businesses and some larger organisations (see twistedpixelsweb.com) but I am far from a coding expert. This web work forms half of a digital media business that my wife and I run, with Louise running principally the photography side of things. 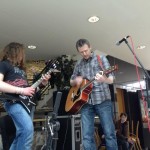 I am a lover of music- Rock, Blues, Classical, even some Techno, Dance, Jazz, Country… Its all good. I play guitar, I even got to record with a band in the same studio where U2 recorded their album, Zooropa, The Factory in Dublin, Ireland.

Funny story… we, Rosie Never Stops, were the last band to record there before it burnt down. It wasn’t us, honest! 🙂 We then got to mix the recoded tracks in the famous Windmill Lane studios shortly after The Rolling Stones had been there. Yeah… I have a claim-to-fame or two! 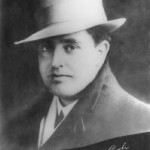 I happen to bear the same name as a famous (in some circles) Irish tenor. John McCormack, 1884-1945, was internationally famous, particularly in the US for his style and his particular repertoire. Being an Irish Catholic who excelled himself internationally for endeavours that were regarded as wholesome and family-friendly and in recognition of his work for catholic charities, this famous John McCormack was given a title of the papacy by Pope Pius XI making him a papal Count. For a long time since then it was a thing in Ireland that anyone else introducing themselves as John McCormack would be asked “Oh, like the Count… do you sing?”. 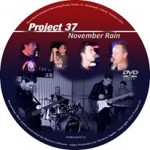 They would also often be nicknamed, The Count, which is why my bike helmet bears my signature as “The Count” and my online moniker is “TheCountOnline”.

I love photography and working on digital images (and actively contribute to the photography side of the business) and I like to tinker with digital video recording and editing (I’m a very visual person). We even shot a music video for a band I love called Project 37, who recorded a great cover of Guns ‘n Roses’ November. Thanks to my wife, Louise for some great black & white stills used in the video. (see http://www.youtube.com/watch?v=oD5hjIe1grs ). 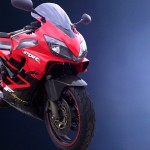 I mentioned a bike helmet there… I love motorbikes, have done for years. Currently I’m riding a 2011 Hyosung GV650 Aquila sports cruiser, a big change from my previous bike, a 2001 Honda CBR 600F4i Sports with a full Acropovic Exhaust System and matched Power Commander! (I say “currently I’m riding”, well obviously not while I’m writing this, but you know what I mean).

Movies? Yeah… I do love movies! Mostly those larger than life epics of the great directors, and doesn’t just mean the big science fictions. Everything from movie makers like David Lean and Akira Kurosawa (did you think you’d see those two names side-by-side) to Stanley Kubrik and George Lucas.

So… that’s me… what about you?

(There also used to be a Google+ link here, but… you know Google for killing services.)

2 thoughts on “About John”