Skip to content
» Life » Make Time – It Runs Out 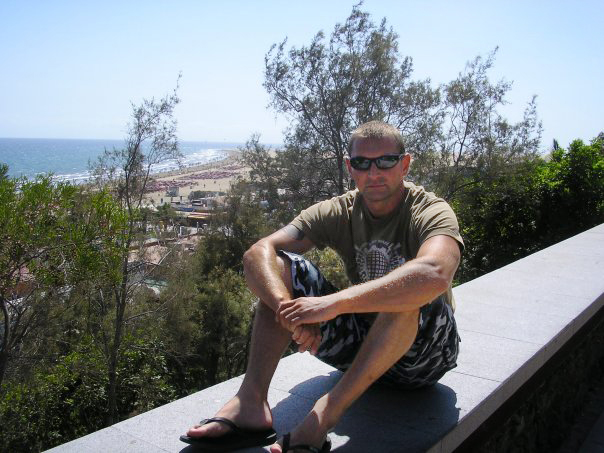 Its been quite a week. I’ve had the kind of week that makes you face those things that you’d rather pretend don’t matter until you’re well into your retirement years, and you’re reminded that sometimes you really should make time. That’s what happens when you are hit with the news that someone you care for has left this world.

I know now why people talk about being “hit” with the news of a friend’s death.

That is very much what it felt like. My wife returned home a week ago today, having collected our 13 year old from the local cinema and asked me to sit down. “I have to tell you something and you’re not going to like it she said.”
There was a sense of foreboding that I had not seen in Louise for quite some time. She is a strong Lady, not easily shaken and it felt strange to see her in possession of something which she felt I should know but which she obviously did not want to have to tell me.
I urged her repeatedly to just tell me bluntly… so she did. “John…”, she paused briefly, “Harr’s dead.”

I have lost people I cared for before. I lost both my parents to cancer. But, this was a kick in the head like no other. Harr, as he was known to his friends and those in Ireland’s motorcycle community, was the closest friend I’d ever had. We had laughed and dreamed and shared highs and lows. He was Best Man at my wedding. In recent years circumstances had separated us for a while, we had both moved house while struggling with surviving in a tough economy and raising families, and we had lost touch. In the end it was the internet which allowed us to reconnect.

My sense of loss was compounded with a sense of devastating surprise and regret and guilt. Harr was the best biker I new. I trusted him and his knowledge of bikes completely and I had spoken with him by phone only few weeks previously to get his advice on a bike I wanted to buy. This was my re-entry into biking after a 10 year break and I wanted to get it right.
“Yeah, Honda CBR, you can’t go wrong really, reliable… bulletproof” he said.
Unfortunately, the same cannot be said of people. I should have made a better effort to make time to go see him as soon as I got the bike 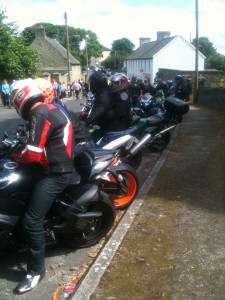 My dear friend was returning home to the Love of his Life on Sunday morning, 21 July 2013, on his Honda Blackbird, when he struck the side barrier on the Motorway. The news of his death spread like a nuclear blast’s shockwave through his circle of friends and family and the Irish biking community. At his funeral on Tuesday I met some old friends I hadn’t seen for a long long time. Harr, was laid to rest and we gave him a proper biker’s send-off. Somewhere up around 150-200 bikers lined up outside the church, my wife and I included. When the hearse came down the driveway of the church we fired up our engines and as the hearse and family’s cars passed us to head for the cemetery not a single biker failed to rev their engine and well over 100,000cc roared in salute to Harr. It brought a smile to the faces of his sons to see this biker-style mark of respect. It was all the more noteworthy and an indication of the man’s standing in bike circles because there were bikes from every corner of the country and representatives from an amazing cross-section of bike clubs, regardless of any rivalry between them.

That was the start of a week that has left me feeling lost and somewhat adrift in life and determined to make sure to make time for those I love. I cannot begin to imagine how his wife feels. I have everything to be grateful for. I have a very beautiful and very loving wife. My three kids are happy and healthy. I have a nice house and so on… but I still feel a great sense of loss. This same week has also seen the second of two close relative deaths for one of my sisters-in-law and the death of a sister of my next door neighbour following a very brave fight with cancer. All very sobering.

There are those that say you should never have regrets. That you should always just look forward and move on. I cannot say how strongly I disagree. I will not live in regret, but I am compelled to allow myself to feel it, because it is in that sense of regret that I will find my path forward with the knowledge that there are some things in life that should be immune to the response of “too busy at the moment”. Its too easy to get tied up with life’s ups and downs and to forget to make time for those that matter most.

Don’t forget to make time! It’s not unlimited for any of us.